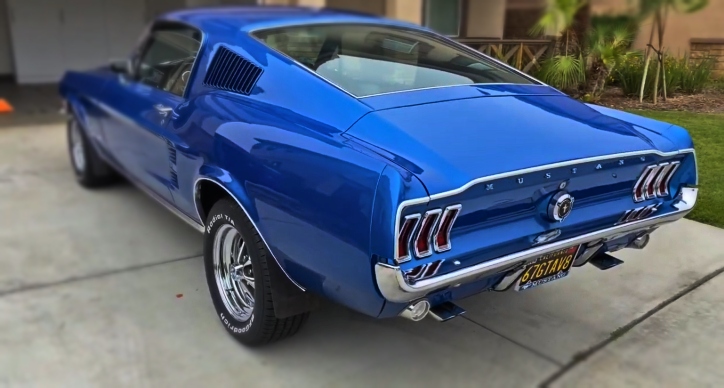 The guy who had the honor to take this stick shift 1967 Mustang Fastback for a spin remembered that when he arrived in the United States, he was involved in the Rock and Roll business, and everyone wanted one of these ponies. With its very well preserved originality, mint condition and healthy Ford V8 engine paired with a 4-speed, this 1967 Mustang Fastback will certainly take your breath away. Just not sure why it says GTA on the plate if the car is a stick shift, but that’s a minor detail, which doesn’t take away any of this classic car charm.

Check out the video to see and hear more of this breathtaking 1967 Ford Mustang!