Dodge made 101 HEMI powered Dodge Coronet A990 Super Stock monsters in 1965. While this is not one of the original cars, you could tell it’s a tribute only if you look at its VIN. Built at Mosher’s Musclecar Motors in Monrovia, CA, which most people know as Mopar by Mosher, this thing is as close to the real one as it gets. 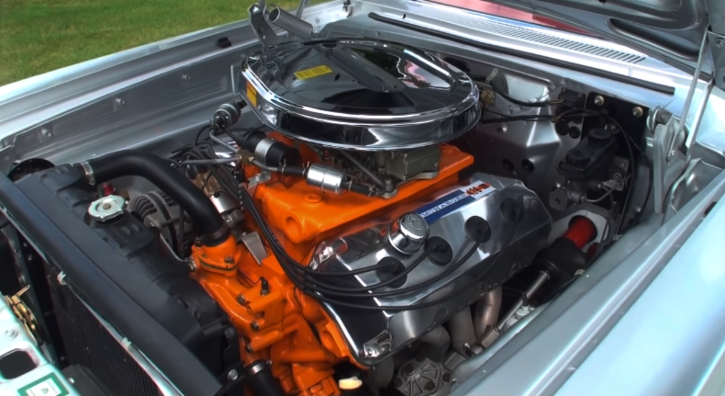 Specializing in Super Stock Mopars, the Mosher’s Motors shop is well known. In fact we have featured several of their builds in the past, and all of them are outstanding. This 1965 Dodge Coronet A990 tribute is no exception, and even if you don’t like this body style, the 426 Race HEMI engine sound will get you excited.

Play my friend Lou’s video to see more of this A990 Dodge Coronet and go for a ride.