Chevy Gassers Put on a Great Show at Byron Dragway If you are an old school hot rodder, there is no better way to spend the weekend than attending the Glory Days Vintage Drag Race, Car Show & Swap Meet at Byron Dragway. I hope you will consider it after watching my man James Hrovat’s video from the 2021 event. 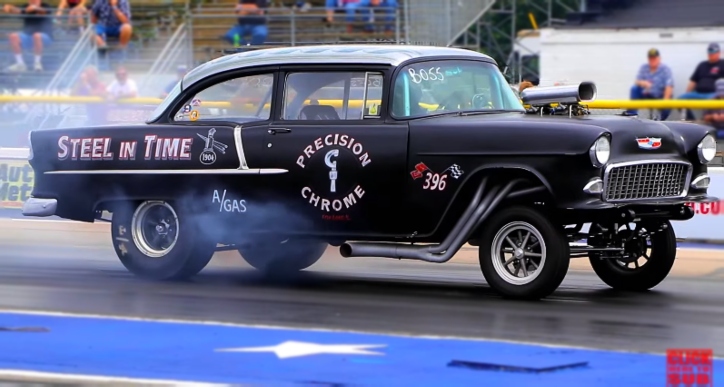 He filmed four members of the Brew City Gassers Club putting on a great show for the spectators at Byron. We have Skip Hjortland’s ’55 Chevy, another ’55 Chevy driven by Tom Heiring, a wicked ’62 Vette raced by John Reidenbach, and Jeff Jacobson’s 1955 Fairlane.

Check out James Hrovat’s video and let me know which one was your favorite gasser.