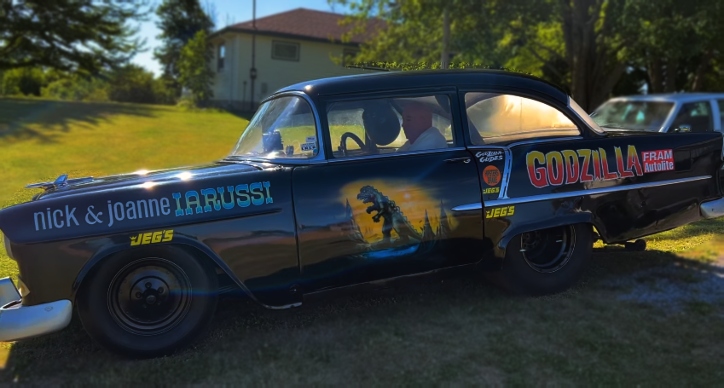 I am sure many of you have seen Nick and Joanne Iarussi’s 1955 Chevy running down the track. The “Godzilla” is a significant part of drag racing history competing in variety of classes during the years. It has been raced since 1963 when Nick bought the car and attended the NHRA Nats in Indianapolis. 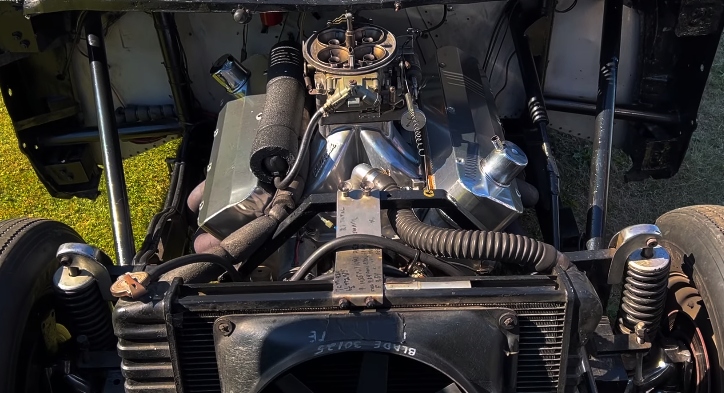 The 1955 Chevy sports a 496 Big Block topped with single four barrel carburetor, and runs low 9-seconds on the 1/4 mile. It is just amazing to see such historic race car still being around and listen to Nick and Joanne Iarussi sharing their stories from the drag strip.

Play the NHRA video to see more of the “Godzilla” Chevy and hear the 496 Big Block sound.