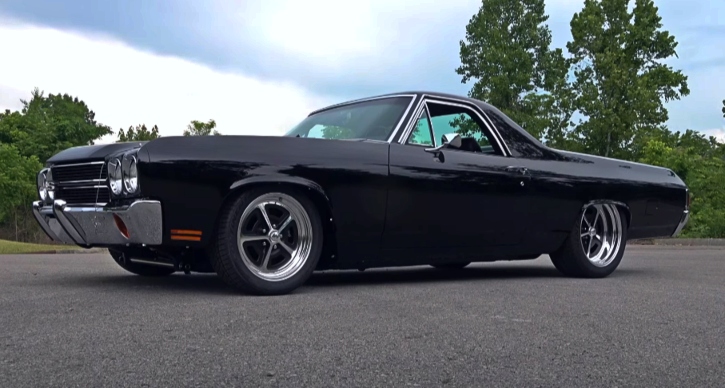 This 1970 El Camino SS is one of those hot rods that both Chevy purists and car guys who are into custom builds will appreciate. No body mods, just a mile deep paint enhanced with nice stripes and set of cool SS wheels from Billet Specialties giving it a killer stance without hurting the classic appearance. Steve Holcomb and his crew have done a great job on the custom factory style interior of the truck. Great engine choice by Alloway’s Hot Rod Shop who built the 1970 Chevy El Camino SS. I would have been disappointed to see LS under the hood. Make sure you watch my man Scottie’s video until the end to hear that 502 sound.